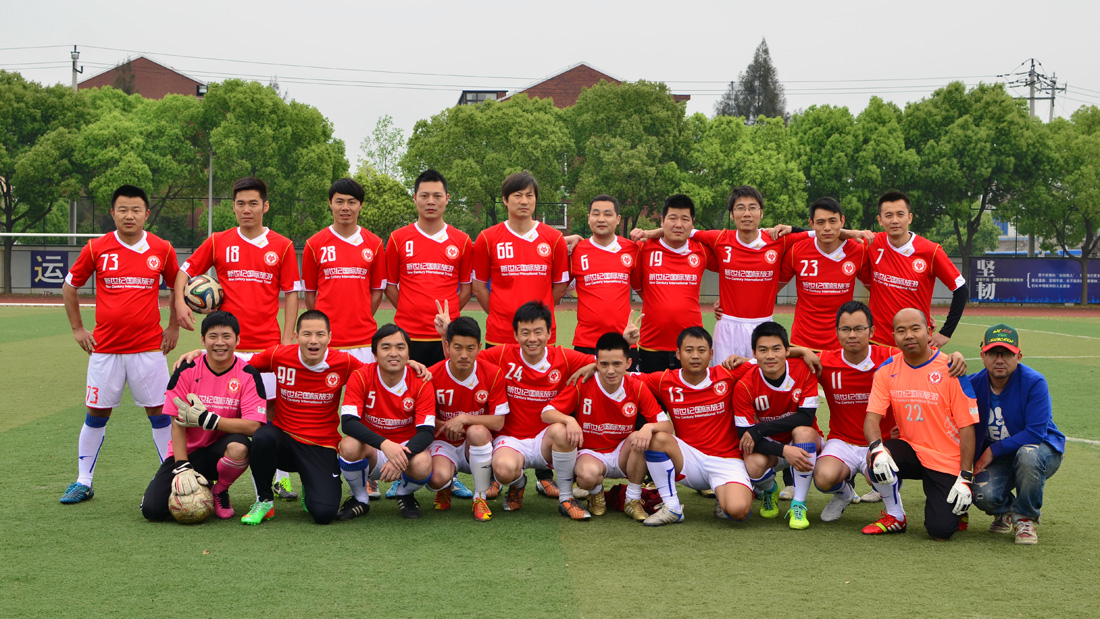 Founded in the city of Cixi (China) , ROSSOWOLF FC is participating at its first year to the Cixi Serie A league.

The team manager of RW FC is Mr. Sam, business partner of Italia76 and friend of Gabriele and Alessandro, that enjoy the role of honorary presidents.

During our last trip in China in middle of June, 2014 we played with our team a couple of friendly matches and we have to say that we have a strong team and a great #10 .

We have been given our RW official Jersey with #18 for Gabriele and #3 for Alessandro. So Ferrari and Trenti have been the first Italian players in Cixi league!

Considering how Italia played in the last world cup in Brasil, we haven’t done that bad. Gabriele playing in Andrea Pirlo position scored twice, Alessandro as left wing scored once too.

Sam, our team manager and player #99, expressed his deep satisfaction with the organization of this friendly matches, and will join us in Italy in September for learning some italian techniques and tactics to be applied to the team in China.

Italia76 is now founding a team to participate also to the italian league, and plan to open another team in Holland as soon as possible.